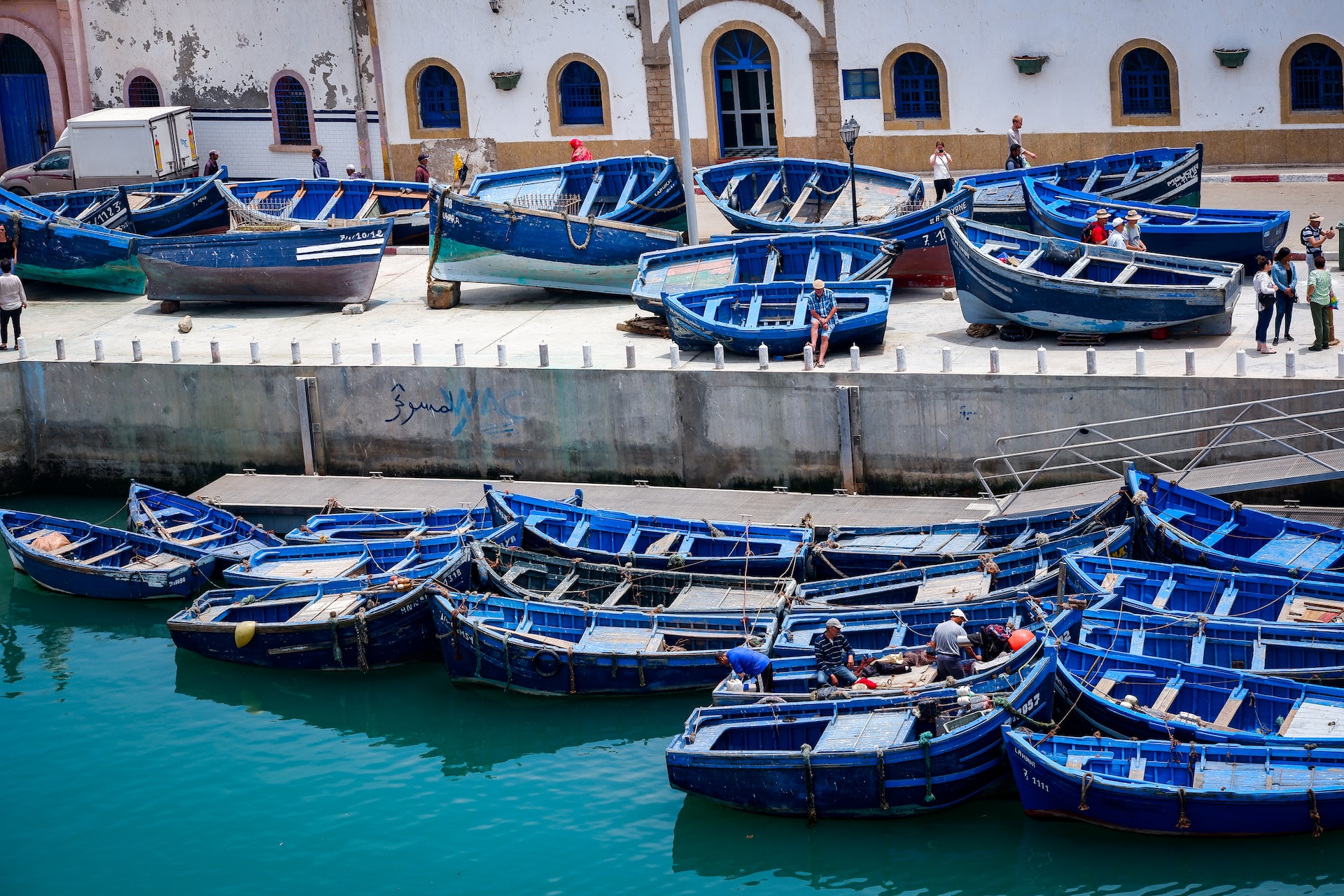 The Charming Coastal Medina of Essaouira

``Encourage, lift and strengthen one another. For the positive energy spread to one will be felt by us all. For we are connected, one and all. ``

Essaouira has a long and colourful history; in the 6th century BC, Amazigh people were the first inhabitants and called the city Amagoul. It then became a strategic trading port for the Phoenicians, Greeks and Carthaginians in the 1st century BC. It was renamed Tamusiga by the Romans who extracted the purple dye from the sea urchins found around the islands for their robes; hence the name Isles Purpuriares.

In 1506 during a brief stay, the Portuguese built the Castello Real and renamed it Mogadura. Sultan Mohamed Ben Abdullah then renamed it Souira; meaning “the small fortress” and had the harbour built in 1765 by a French architect. In the 19th century it suffered a terrible invasion from the French Armada which had laid siege to the city resulting in huge loss of life on both sides and massive structural damage. At the beginning of the 20th century the French renamed the city Mogador and when they left in the 1950´s it returned to the Arabic name of Souira with the grammatical addition of Es; hence Essaouira.

All of this had made Essaouira the eclectic, colourful and charming medina that we see today. It hides a large number of art galleries exhibiting many local artists work, music is also at every turn; the annual international festival of Gnaoua Music is hosted each June to celebrate the abundance of local and international musicians; Essaouira was a gateway for sub-Saharan slaves and many brought the music with them.

Crafts are abundant, marquetry and Thuya wood are specialised in as well as woven throws and accessories. The streets of the medina are thoughtfully laid out and easy to navigate with many small shops and friendly traders. You can visit the souks of fish, spice, grain, vegetables, jewellery and sit in the small squares to enjoy fresh juices. There is a weekly flea market just outside the medina where you can find just about anything for sale, also curiously, there are artists workshops and tiny galleries amongst the rows of ramshackle sheds, some of these were very well known years ago when there were big cooperatives, now they are tucked away but still worth visiting. A lot of the artwork is naïve; painters are often retired fishermen who use simple materials and found objects. You can visit the old Mellah which appears to be undergoing renovation, the Kasbah, Moulay Hassan square, the fishing port and Skala with its canons and iconic round window and the Harbour. Last but far from least, there is the beach; a huge unspoilt long sandy beach; as Essaouira is known as the “windy city” with strong Atlantic winds rolling in most days, there are many water sports on offer; surfing, wind surfing and kite surfing with excellent services. You can also horse ride and camel ride along the sand and dunes with options to take a camel trek and overnight in a bivouac. There are also quad bikes available. A few kilometres outside the city there is La Fromagerie where they make delicious homemade goats cheese which is served on their lunch menu. There is also the new city nearby. The Medina is full of restaurants with abundant fresh fish and seafood as well as vegan and vegetarian places to eat.

We suggest a two or three day trip with overnight stays in the medina to really appreciate this delightful city, we can also put together a trekking itinerary taking in the surrounding spectacular region and the Argan forests to combine with a stay in the medina.