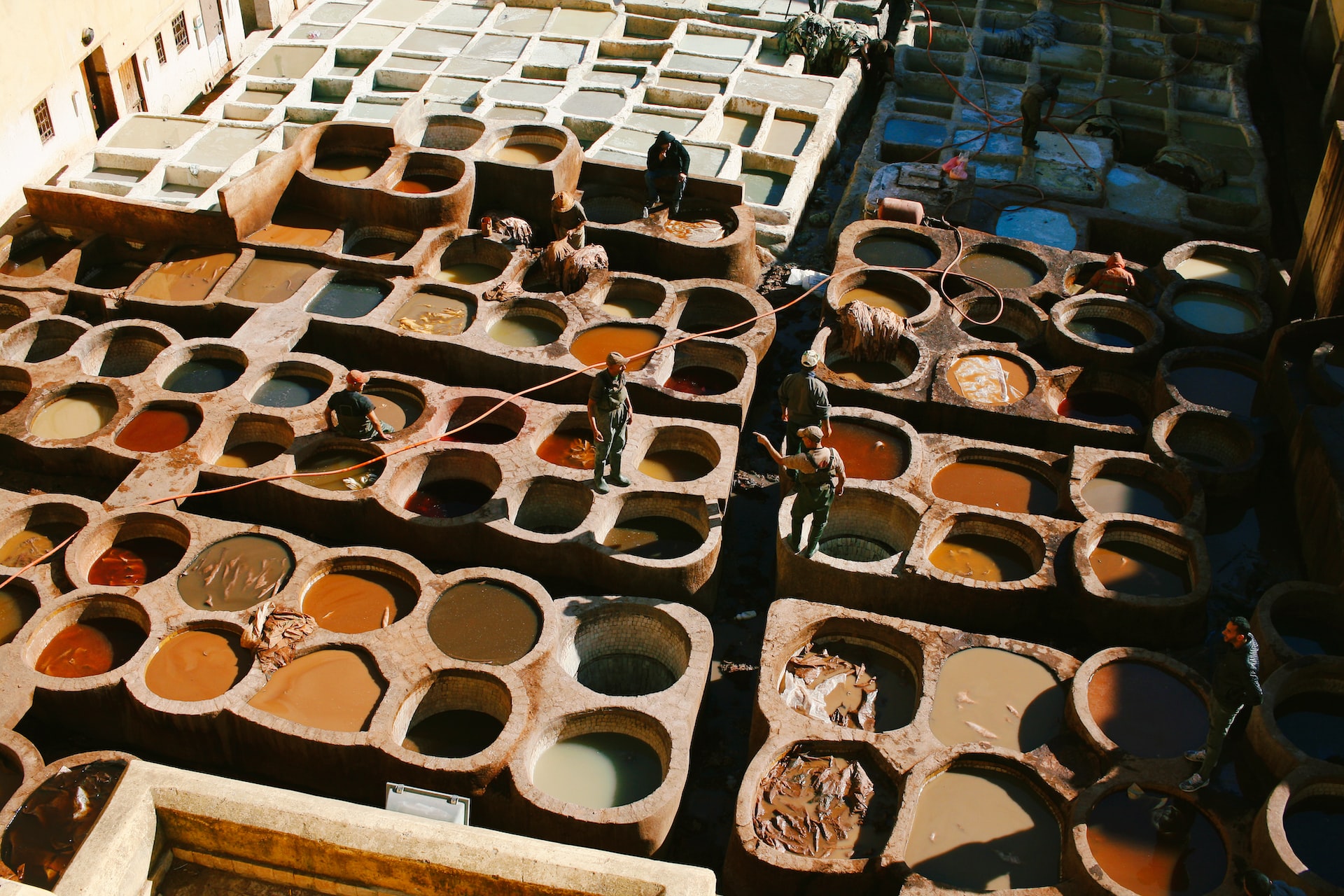 ``Once you have travelled, the voyage never ends. The mind can never break off from the journey.``

Fes is the oldest Imperial City in Morocco and is the largest car free zone in the world. Its medieval medina has some 9000 streets and alleys making it one giant labyrinth. Idriss I was the founder of the old city in 789 on the banks of the Jawhar River now known as Fes al Bali. In 808, his son Idriss II built a settlement on the far side of the river. 800 families of Berber descent that were exiled from Cordoba during the Spanish Inquisition were housed on the old city and after the rebellion of 824, 2000 Tunisian families from Kairouan came to live in the newer city. It was the daughter of one of these families; Fatima, who founded the University of Al Kairouyine in 859. It is still functioning today as a degree attaining school and houses a recently renovated mosque and library.

The two cities were united by the Almoravid Dynasty in 1070, the old walls were destroyed and new connecting ones built as well as bridges and the largest expansion and renovation of the Great Mosque of Kairouyine took place between 1134 and 1143. Fes was greatly enlarged by the Almohad Dynasty as many Andalusians settled there. As in Marrakech, the Almohads destroyed the walls and at the start of the 13th century new ones were built which still exist today. With some 200,000 people living in Fes between 1170 and 1180, it became the largest medina in the world. A large number of Madrassas were built, many of which are still in good condition. Each neighbourhood also had a fountain built so everyone had access to water.

After a huge massacre of Jews in 1276, Fes el Jdid was built and in 1438, The Mellah or Jewish Quarter was built near the Royal Palace and was a major centre of wool trade. Fes has long been a major centre of trade and is at the northern end of the gold route from Timbuktu, perhaps better known as the Salt route. Its main goods are leather, embroidery and ceramics.

A visit to Fes should be on everyone’s to do list as it a most fascinating and historic city with an abundance of places of interest to visit. The nature of the Medina requires you to take a licensed guide so as not to get lost and to enhance your experience. We use one of the best guides available who always delivers a first class tour full of interest, intrigue, knowledge and knows the best places to shop and to eat. Fes is known for its gastronomy and the streets are full of food stalls to tempt you. The variety of artisan work is incredible, the amount of work entailed in each discipline is something you can discover on one of our guided tours as you will visit the places where the ceramics are made, the zellig tiles are cut and made into wonderful creations, the metal decorations are added to the pottery and the designs are painted on before final firing. You can discover how the sabra silk is made and see how it is woven into exquisite fabrics and accessories, visit a carpet bazaar and see the girls weaving and knotting beautiful rugs on huge looms, visit the tanneries and see first hand the labour intensive processes to make the exclusive bags, coats and shoes. Wander the streets and see the carpenters, metalworkers and instrument makers.

There is so much to see and to discover in Fes and the accommodation is authentic and typical as many of the merchants houses have been turned into riads for guests.

Ask us about a guided tour as part of your adventure.